That’s right, I’m a whole year behind. I swear, it’s so hard to keep up with this blog. I waste so much time at school playing videogames and finding other creative ways to procrastinate on work, and yet somehow, this always gets pushed off. Nonetheless, here we are, a year later, forging on. Hopefully these will be easier to write once I’ve finally caught up…

August marked the end of my internship at Microsoft, which I was more than ready to be done with. While I look back on the people I worked with fondly, I will not miss the work itself. Around this time, quarantine from the initial COVID surge was still pretty tight, but since I had spent the summer working from home, I was set on heading back to campus at all cost. Fortunately for me, many of the students who were actually prepared and had found housing months prior were suddenly grappling with no longer being able to return to California, so I was able to snag a studio near campus for cheap.

Starting fresh in my new, completely unfurnished apartment was an exciting experience. If you saw the other post I wrote about interior design, you might suspect that I’m somewhat of a geek when it comes to living spaces, and this was no exception. Unfortunately, I had to put my dreams on hold to deal with some of the more…immediate issues I confronted as I set foot in my new studio.

The first night I got in late, and I immediately realized I had no idea out how to turn on the power for my room. Under normal circumstances the landlord would show me around, but because I wasn’t able to move my flight earlier, I was on my own for the first night. After 20 minutes of flipping switches on the breaker in the hall, all while sweating profusely because it was still 100 degrees at 10:30 PM, I gave up in favor of walking around with my flashlight (I would learn the next day that the meter was actually downstairs). Luckily, the gas worked after I moved the stove and opened the valve, so I put on some ramen I had packed and ate it with a pair of chopsticks I’d also brought just in case. When I was done with that, I took a rather dark shower, set up my uncomfortably thin inflatable camping pad on the hardwood floor, and grabbed a sheet for the night. 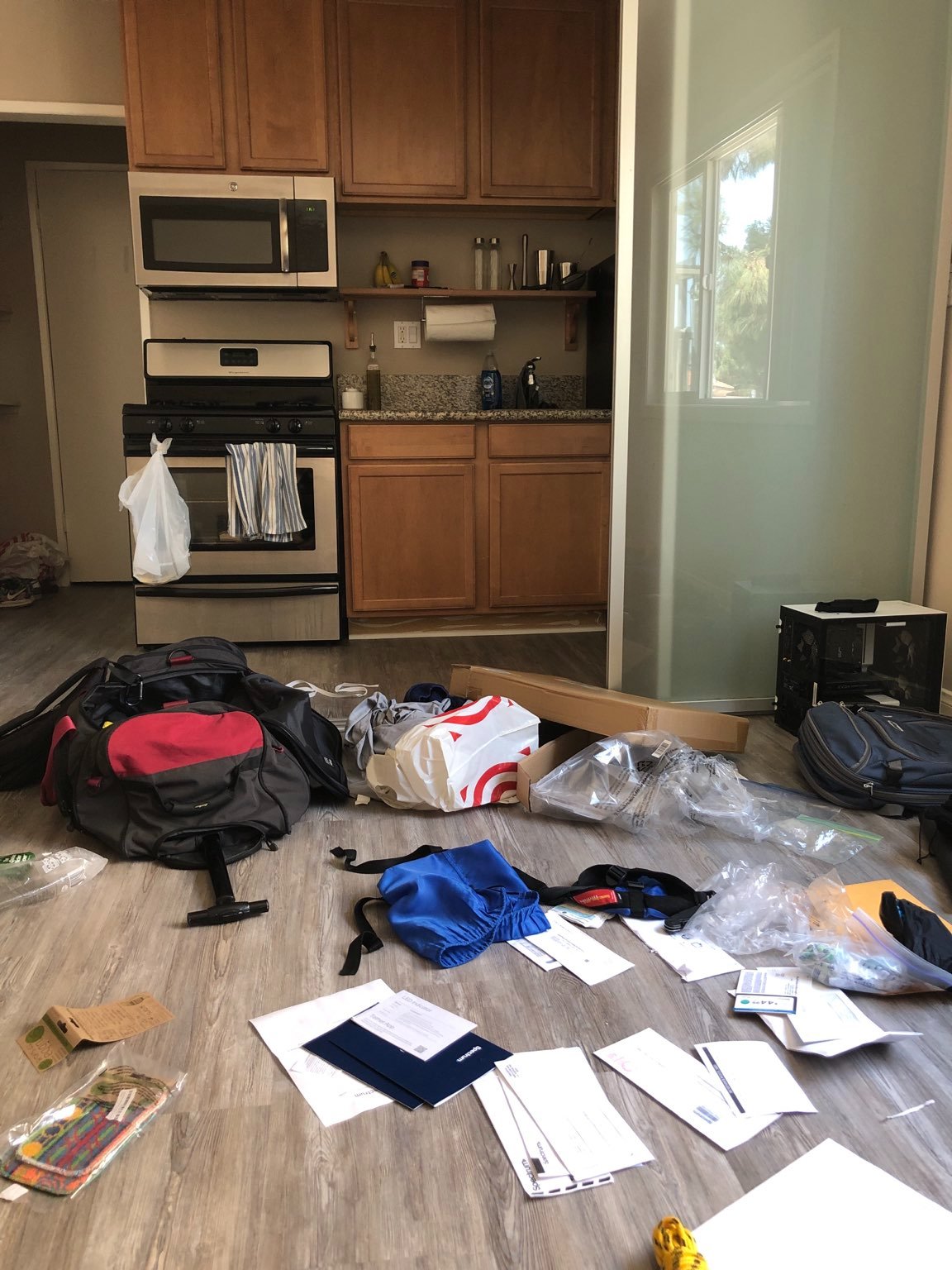 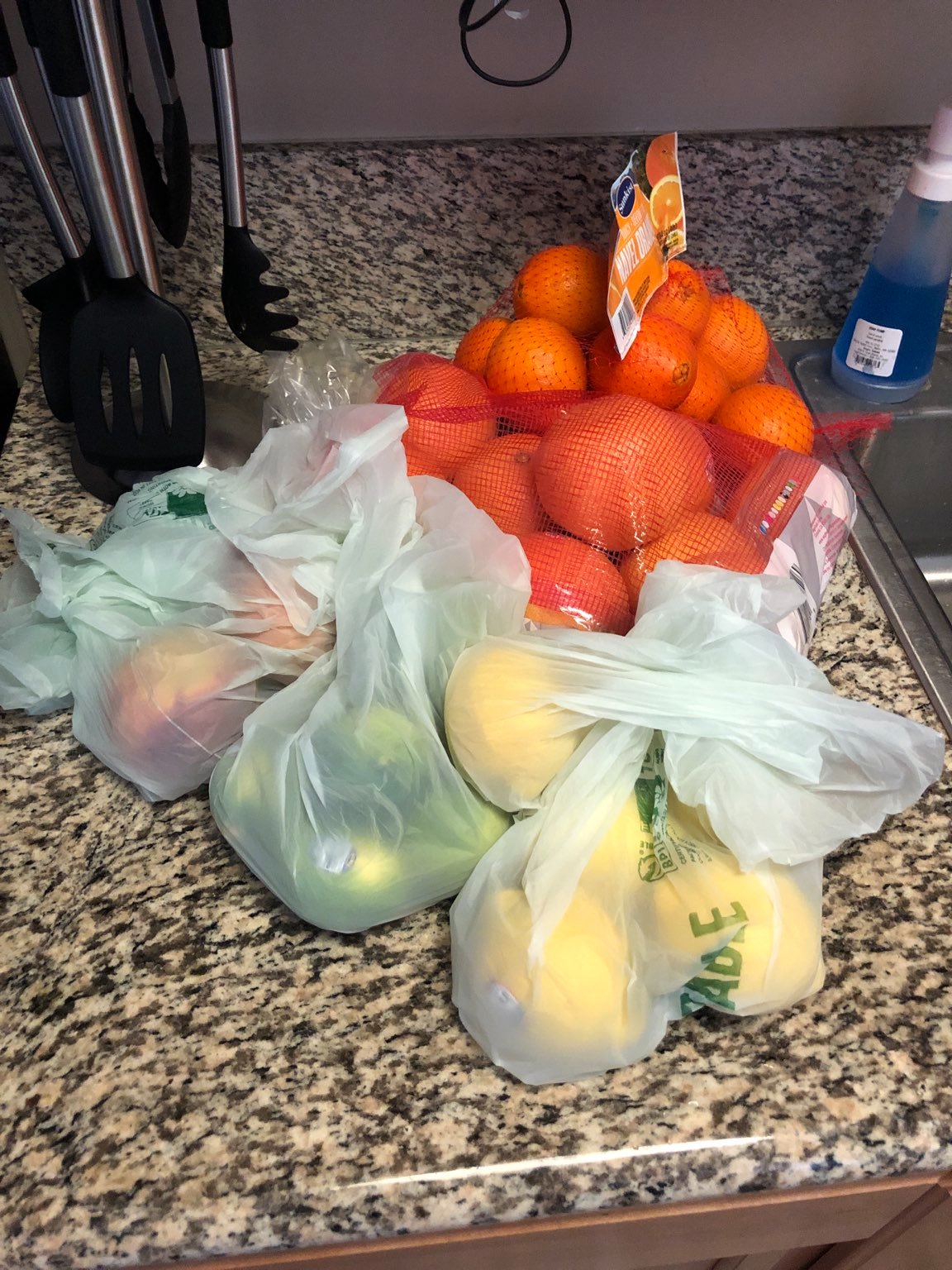 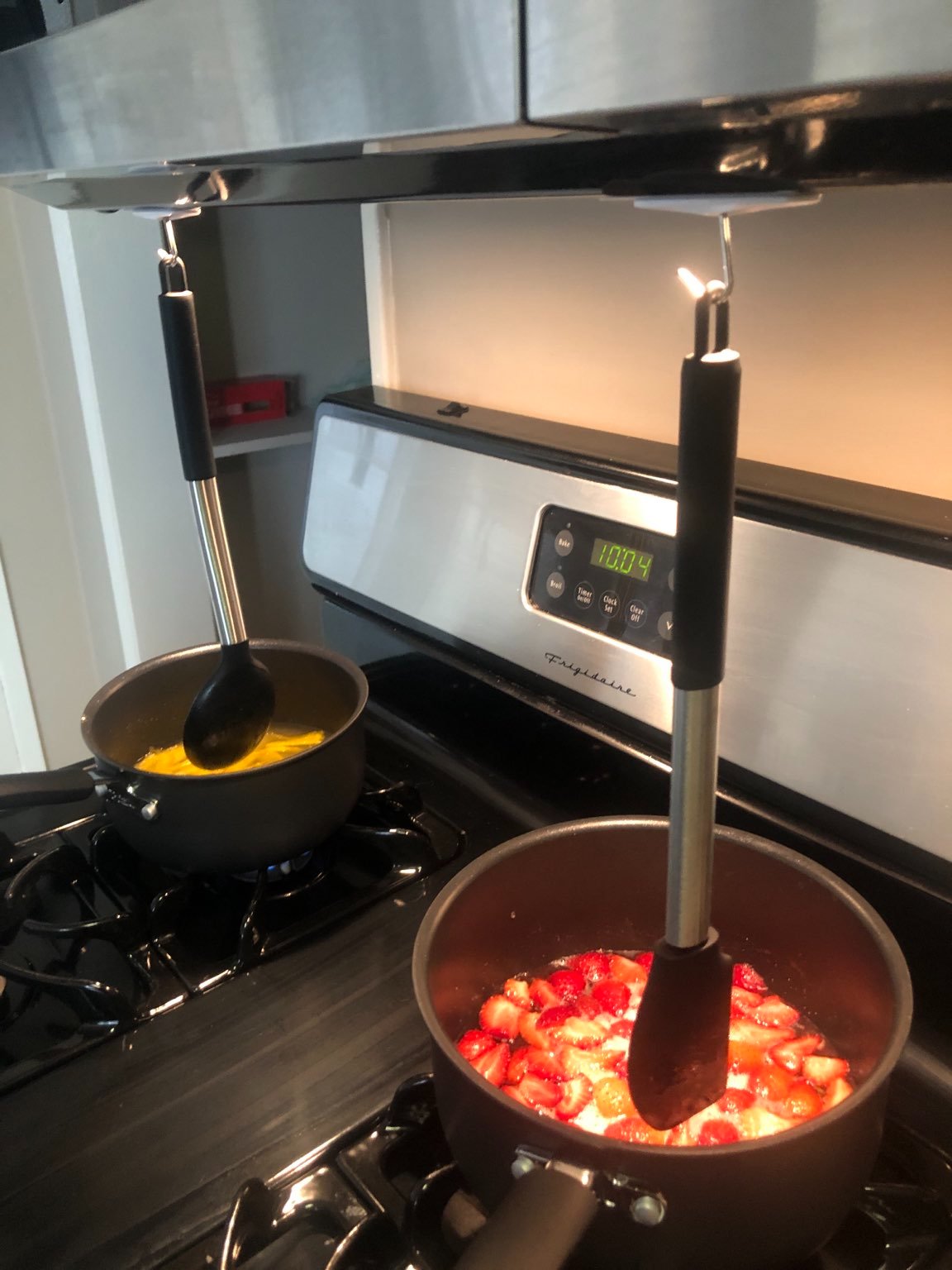 One of the first things I acquired for the studio was a bed. I found someone selling a mattress on the USC Free & For Sale Facebook marketplace, and when I double-checked the address, it turned out they lived on the floor below me! In addition to avoiding a trip across campus hauling a mattress, that endeavor also netted me a desk, which, though in questionable condition, has held up for me since.

My long-term storage boxes from when we were sent home for Spring break arrived in the next few days—this accounted for my monitor, longboard, stationary, some furniture, and other miscellaneous belongings. As soon as I was able to, I set up my PC and drum kit, thankful that I had stubbornly lugged all 100 pounds of them through the airport and rideshare on the way to the apartment. Once my cookware arrived from Amazon, I picked up some silverware from the girls, and with that I was pretty much ready for the semester.

While I was looking through my calendar to piece together what I was up to around this time, I noticed my class schedule and remembered that I took four whole technical electives during the Fall 2020 semester: networking, professional C++, embedded systems, and a graduate class on programming paradigms. No wonder this is when I really started to get tired of school…

Nonetheless, by September, I had settled into full-time school. While I had dropped any semblance of a workout schedule I’d maintained over the summer, I was now able to consistently practice drums, so that became my go-to offline activity. It helped that I had no neighbors, laterally or vertically, so I was free to play as often and as late as I wanted. By September, I would have also stabilized my cooking schedule, and since then, not much has changed. For the most part, I make dishes I learn from my dad; nothing fancy, but good enough to eat a lot.

Once everything stabilized, I also started hanging out with Lucia and Elodie again. They moved into a nice apartment about a half a mile away, so I’d board up every few nights and we’d hang out or try to party it up to the extent possible under lockdown. In the beginning of the semester we probably all went on our first Costco trip, which was a big milestone in our newly inherited grocery-shopping responsibilities. In California, Costco carries alcohol, which is a big upgrade from back home :) 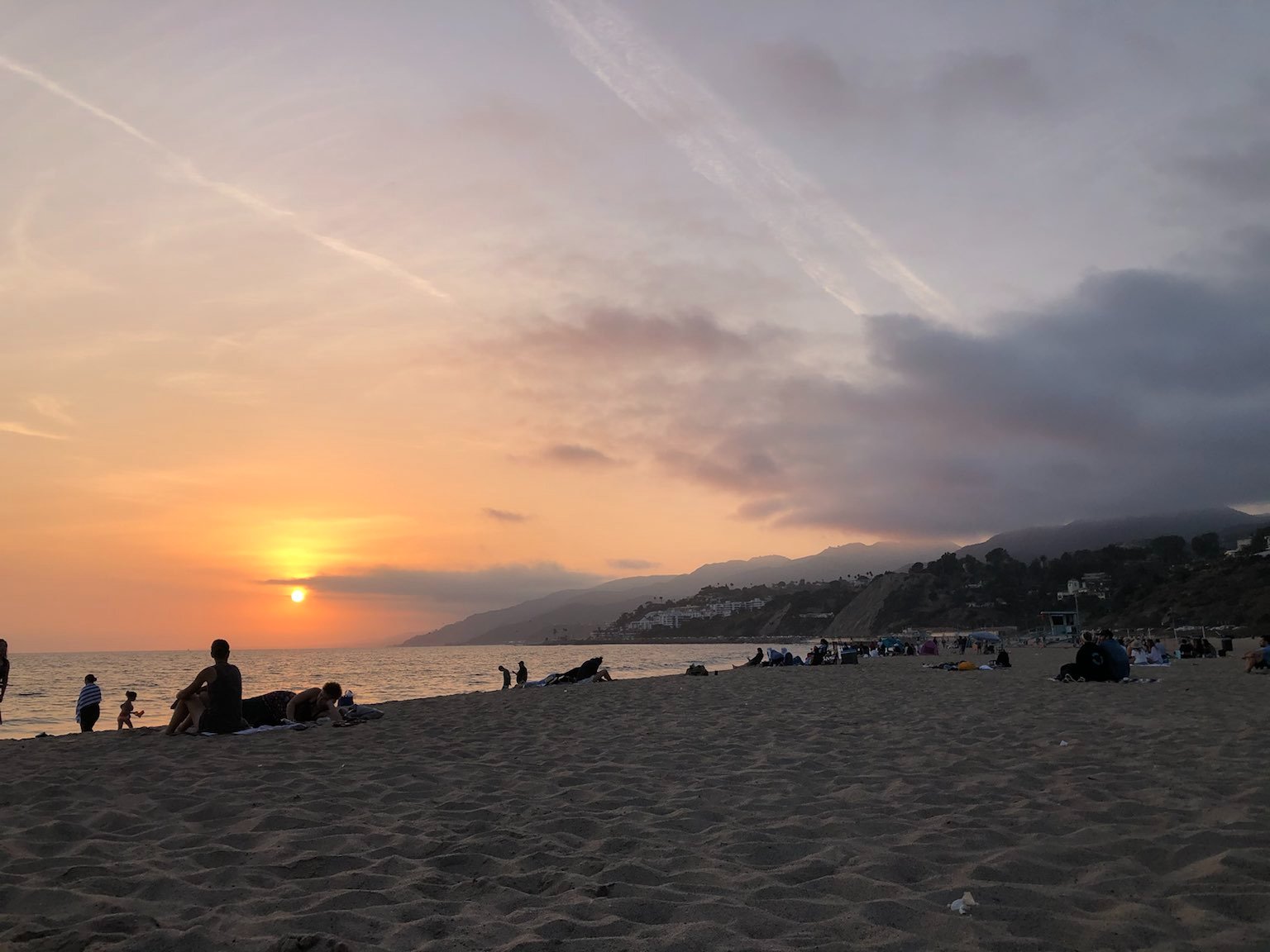 I went camping for the first time over the first weekend of the month; Lucia and I made the trip out to Joshua Tree. While we didn’t do any hiking on account of arriving later in the day, seeing the stars so clearly in SoCal was well worth it in and of itself. Unfortunately, on the way there, we hit some debris in a tight, two-lane road that bounced up and cracked part of the front bumper and rear wheel well. While a stop at Home Depot for tools, zip ties, and tape cleaned up some of the superficial damage, I was still bummed to report back to my aunt and uncle—who had graciously lent us the car.

October was a month of culinary firsts as well. Most notably, I baked my first loaf of chocolate chip banana bread, something that I was now at liberty to do at my leisure with full time access to an oven. The girls and I also discovered the miracle of Costco’s short ribs, which we marinaded and grilled for our first homemade Korean barbecue. Needless to say, it’s been one of our favorite meals to do together since.

Oh, I also met Quiana, one of the first friends I made at USC outside CS or Honors. We immediately bonded over our shared love for videogames, which I suppose should have been no surprise since she was majoring in interactive entertainment (she graduated in May 2021). We’ve made hella memories since, from food to music to photo shoots to hikes—in fact, the song I chose for this month is one she introduced me to. She just started her own blog, so be sure to check it out. 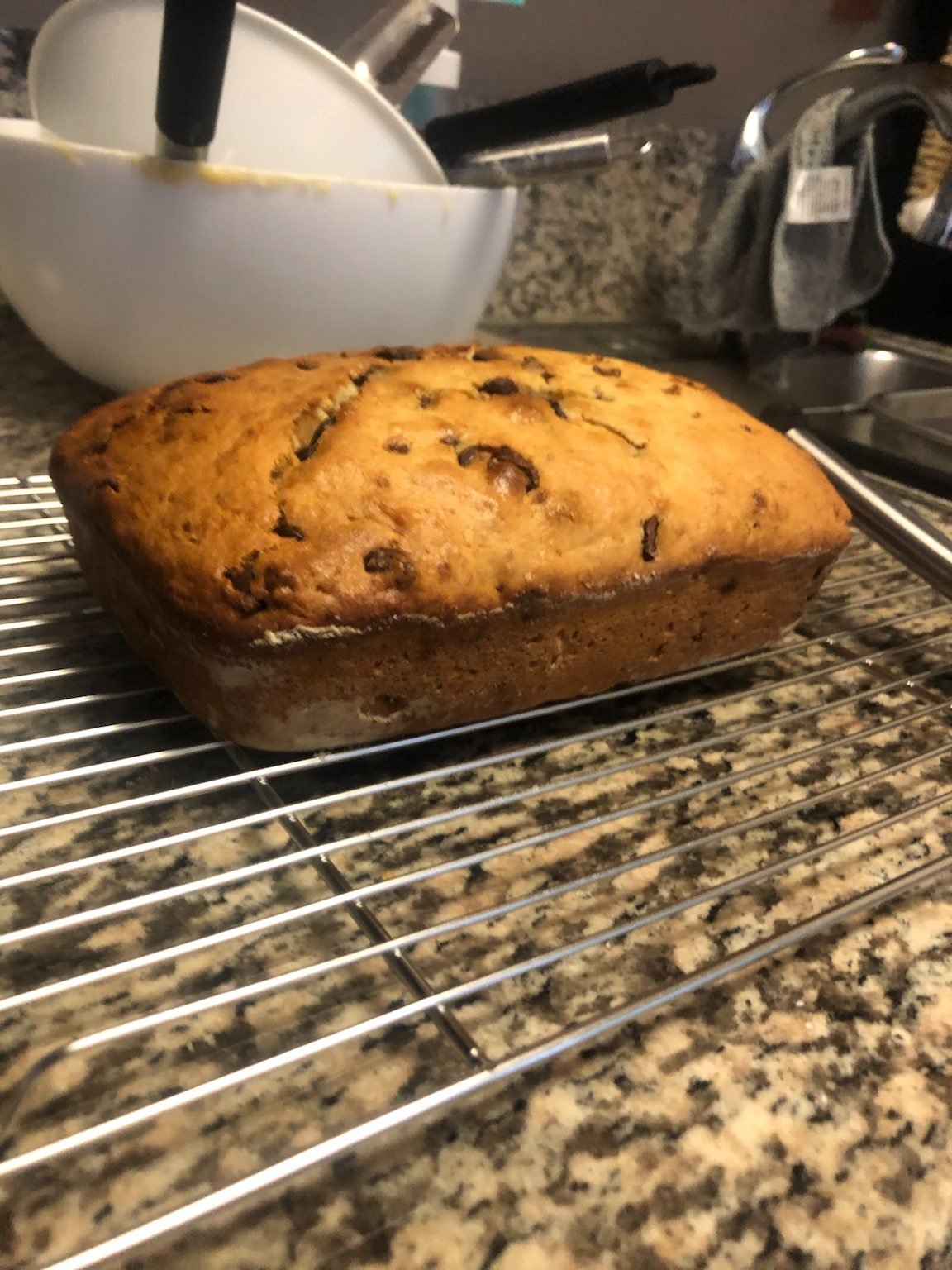 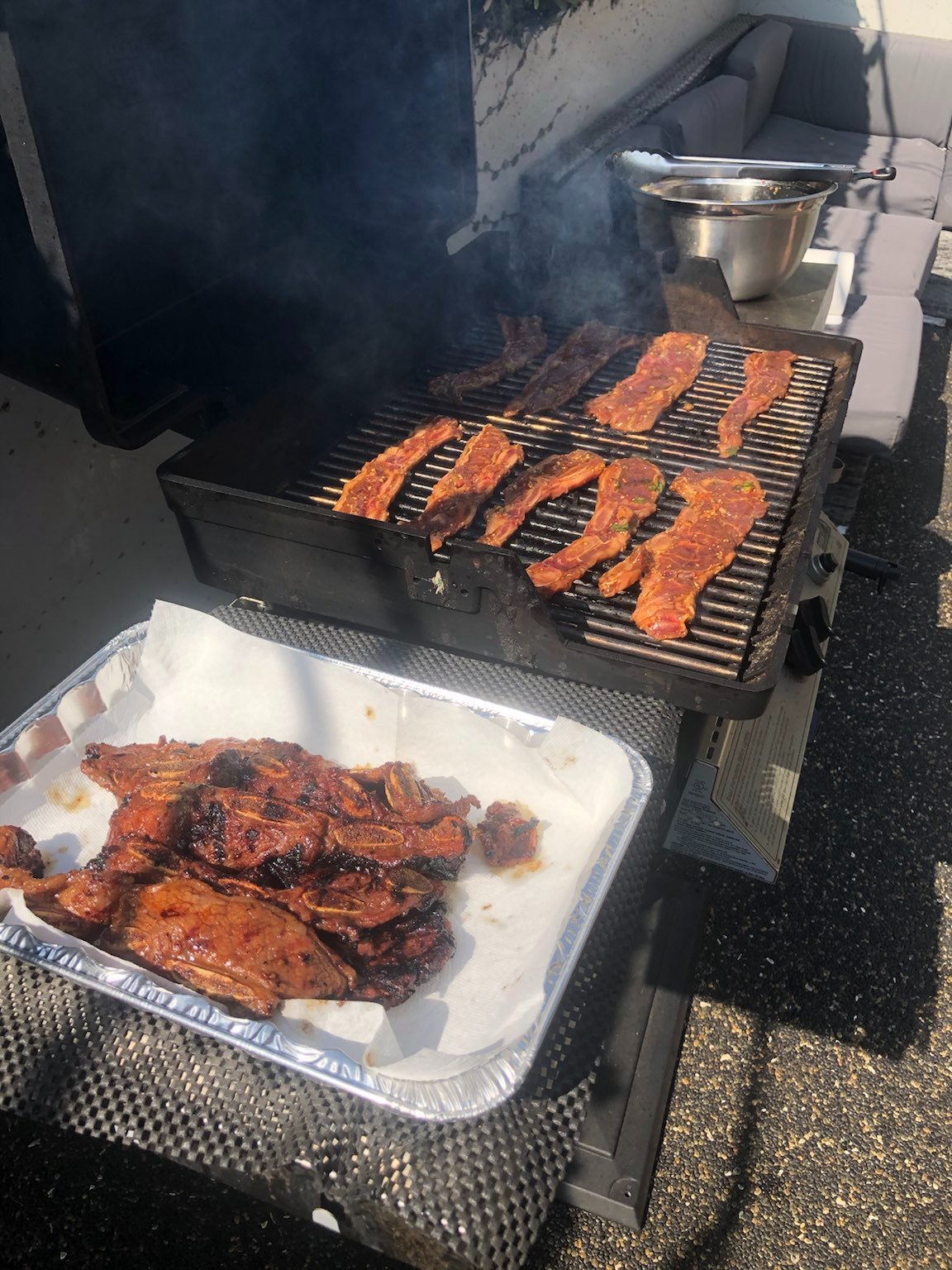 On a completely unrelated note, something cool I worked on for fun in October was htor, a command line utility for streaming raw ascii payloads. I wrote this specifically for my systems class; we were learning about reverse engineering and ROP attacks. This project was especially fun because it gave me a chance to delve into Rust, a newer programming language that emphasizes compile-time safety.

According to my calendar, November consisted of a midterm bender. I have no doubt I was pretty busy with work during the first few weeks. This is corroborated by a notable gap in my commit history; all the classes I took this semester were technical, so I was likely spending a lot of time coding for class, and therefore burnt out on working on anything personal. However, while I maintain that Fall 2020 and Spring 2021 were two of my most challenging semesters, they were also the two semesters I learned the most during (well, the two semesters I learned anything at all, lol). I might have despised the work, but I’m happy things turned out the way they did.

Sitting down to draft this month’s entry brought back some vivid memories of my day-to-day from around this time. In particular, I remember days that consisted of waking up, sitting at my desk, and eventually going to bed—perhaps with a couple meals interspersed. Like a timelapse, I remember watching the sun set and the sky grow dark as the hours passed. Honestly, it’s hard to remember if this was a particular month, or even semester.

As I mentioned, I stopped working out this semester, and consequently started eating far less, even though I was still cooking consistently. The influx of schoolwork didn’t help. All of that said, certain aspects of this period weren’t so bad. In some sense, I enjoyed having time to myself; it allowed me to focus on work and in some sense, myself. I was lucky to have friends available online, and we would chat and play games most nights. On the other hand, not being forced to go out and do real things or see real people is probably why everything from this period is so blurry. 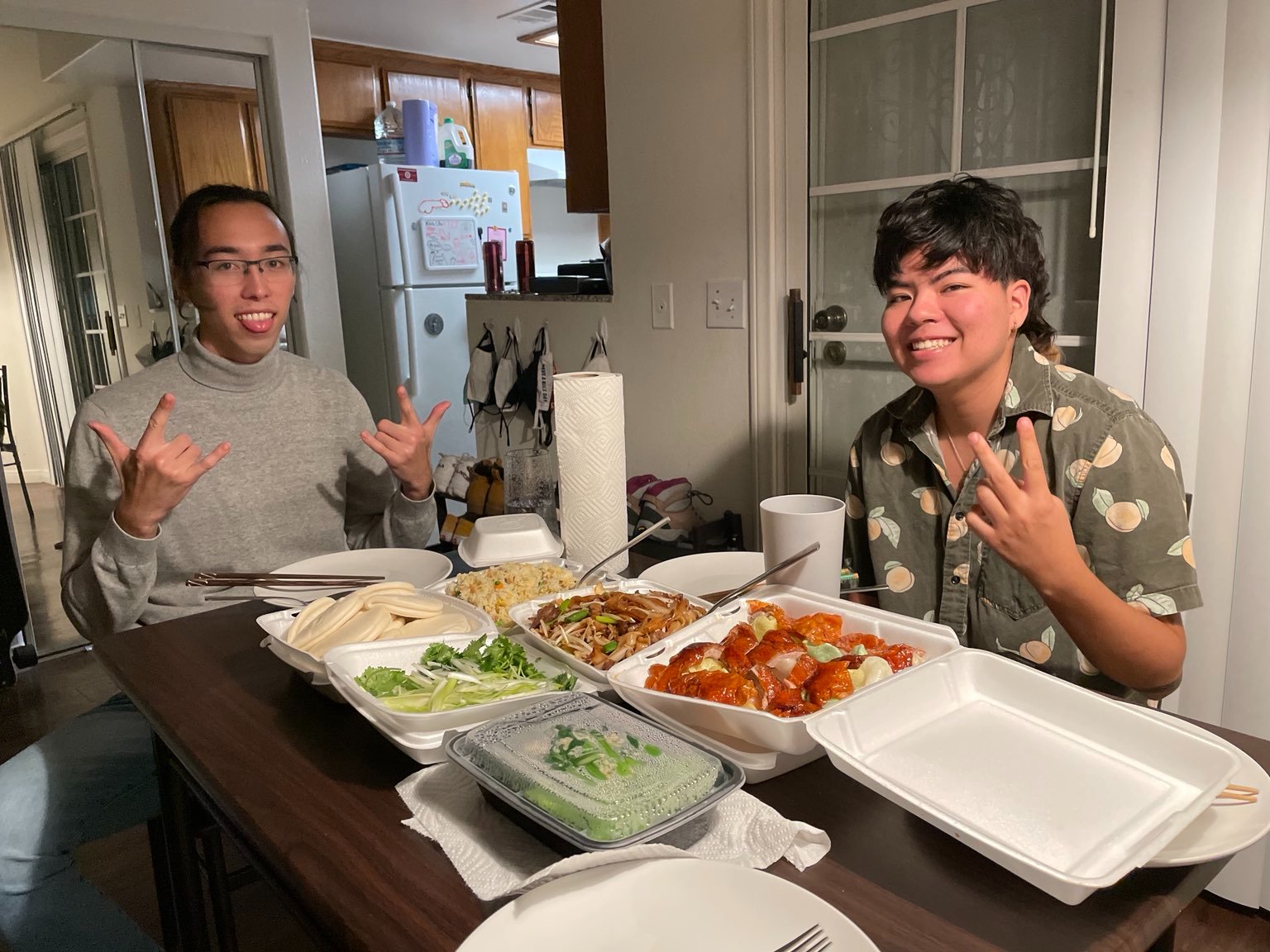 Come December, I was quite ready to be done with school, though that’s not to say I was sick of LA. In fact, there’s something about LA winters I deeply enjoy, and while I missed my family, I still had a pretty good time on campus over Thanksgiving. Perhaps it’s because campus is quieter and you feel like you own the place. Perhaps it’s because the days are warm enough for a coat to suffice, whereas the evenings encourage a blanket and warm drink.

Speaking of which, I’m the kind of person who avoids using their heating or air conditioning at all cost to keep the electricity bill down. Up until November and December I had done pretty well, but it was around December that, after spending countless freezing nights under sweats, a sweatshirt, and three blankets, that I finally caved and started leaving the heat on overnight. It was only then I discovered, to my chagrin, that heating my apartment wasn’t actually very expensive at all…

Despite the academic workload, I remember playing a ton of videogames in the latter months of the semester. I was on a break from tactical shooters, and was instead playing lighter stuff like Risk of Rain 2. By the end of 2020, I had put around 40-50 hours into what I have decided is by far one of the greatest games of all time—especially if you have friends to play it with, I’d highly recommend it.

Once we’d had our fun with Risk of Rain 2, we moved onto Gunfire Reborn, which offered a fresh take on the arcade shoot-em-up with a couple more polygons and some new mechanics: instead of surviving stages, you would clear a series of rooms, each with a boss at the end. This game had us stumped for a few weeks, but by the time we beat it we had easily made our money’s worth. It was an absolute blast, and I’d highly recommend it also. 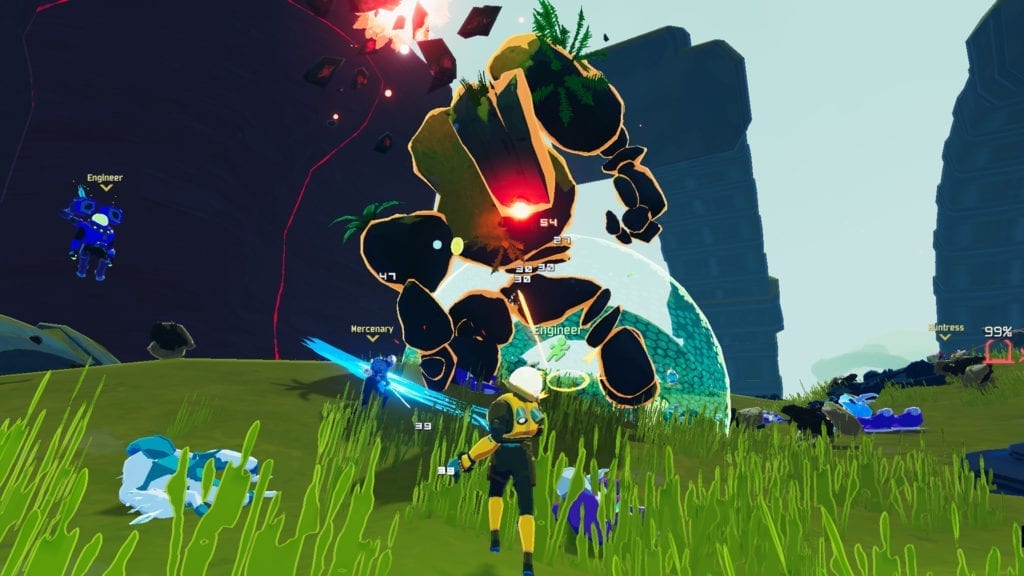 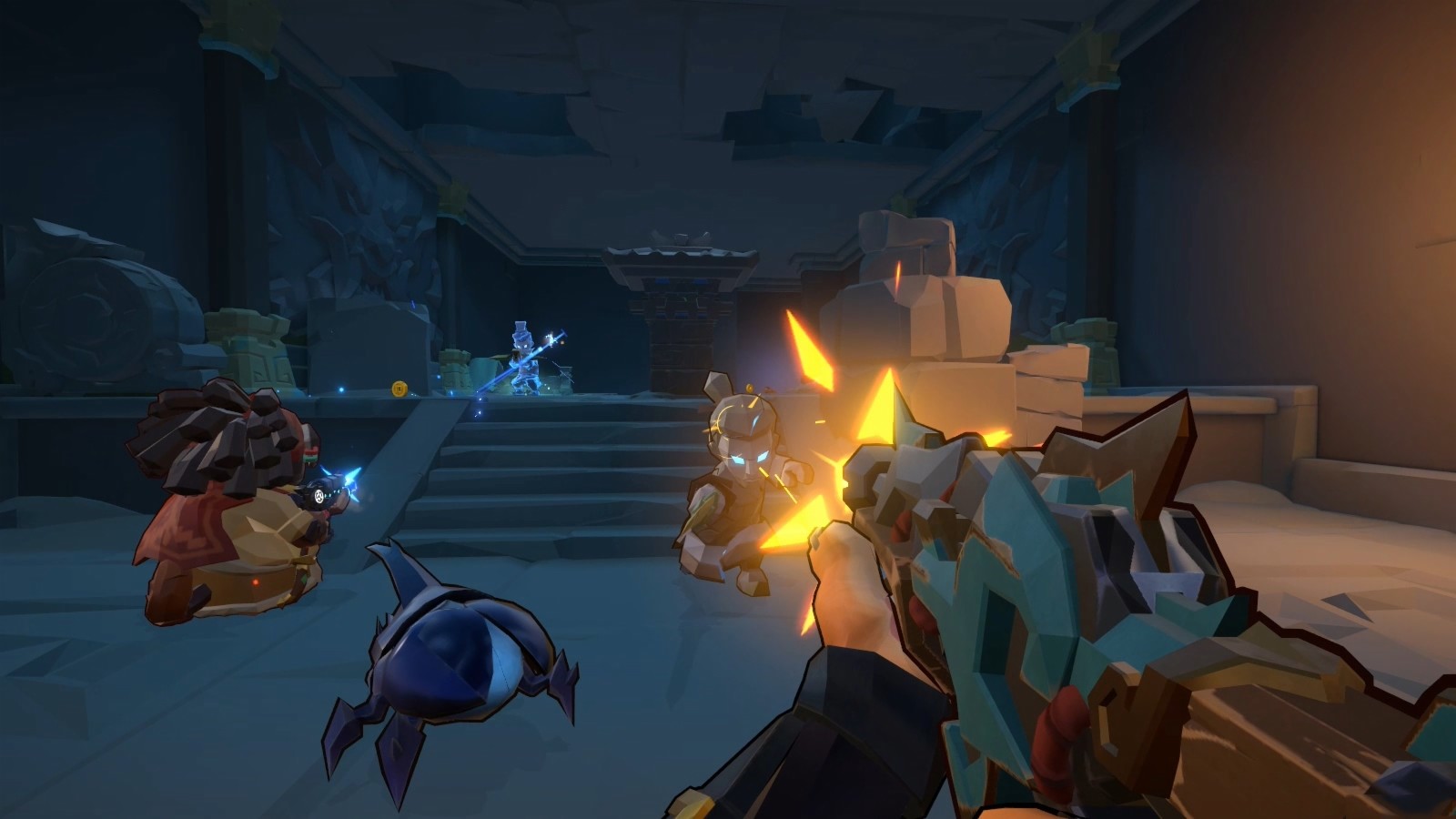 2020 came to a close back on the East coast for the holidays. If I remember correctly, we didn’t get a chance to visit family up North per COVID restrictions, but after a semester of isolation, I was more than happy just to see everyone I’d left back home. Onto another year :) 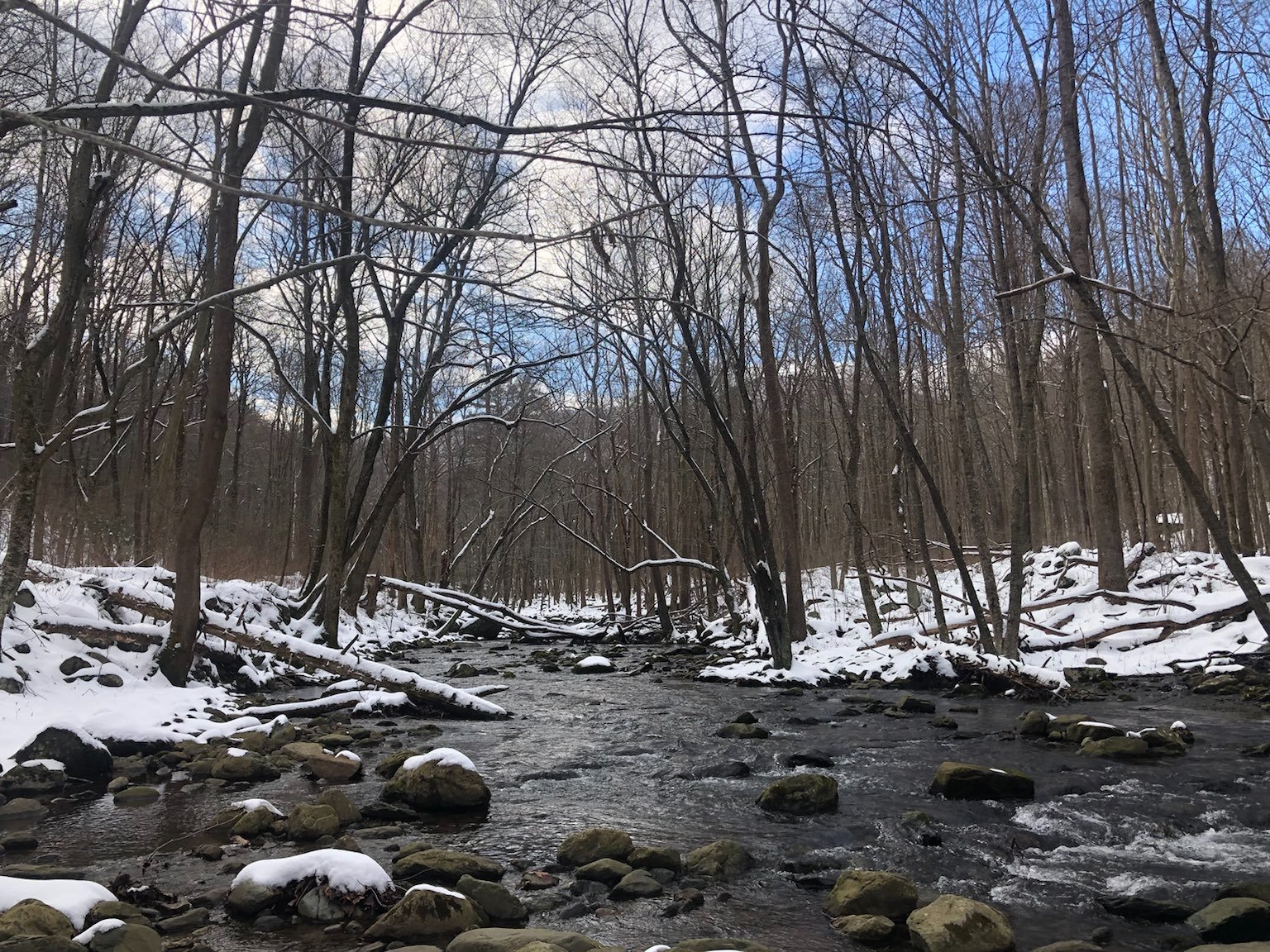