What the hell have I been up to? Well, certainly not posting any new music. Or really even keeping up with the blog. Unfortunately, I also don’t have a lot of interesting, tech-related stuff to discuss right now; most of what I’m working on is either hush-hush or still in progress. However, that’s certainly not to say that nothing’s been going on.

CSCI 104 is USC’s undergraduate computer science weeder, covering basic and intermediate topics C++ as well as standard algorithms and data structures. In other words, the course amounts to a lot of pretty challenging work, and is oftentimes make or break for students who are pursuing a CS major. With around 240 of the 700-800 undergraduate CS majors in this class, it would perhaps be an understatement to suggest that keeping things running smoothly is hard work.

To keep up, professors traditionally enlist the help of 10 to 20 undergraduate teaching assistants, and this is where I come in. Last semester I handled standard TA responsibilities, i.e. holding office hours and grading midterms. This year I’ve moved up the chain of command, and as a result have also taken on:

As many bullets as I’ve listed, this is only part of the grand operation that is CSCI 104. And it still probably consumes the most time of any of my commitments at around 15-20 hours per week. Luckily, I also work with two wonderful (and thankfully, experienced) head TA’s, Ian Bunner and Alina Abidi. They handle everything else, from producing labs to updating the submission hub to delegating and overseeing manual grading. I am super grateful to them not just for how much work they do now, but also how much they’ve helped me hit the ground running since joining the administrative team. I’ll be sad to see them graduate at the end of the year.

Another thing I’ve recently signed onto is writing a book! A couple weeks ago, Dana Milstein, a professor I took a writing class with last year, contacted me about expanding on a piece I had written on elements of style in writing and code. Between her and three other students, our goal is to discuss writing and coding and their surprisingly intertwined natures. The brainstorming and outlining has so far been super exciting, and while I will hold off on further elaboration until we’re ready to release more info, do stay tuned.

When I’m not working on either of those, sinking time into other personal projects, or hanging out with friends, I’m usually drumming. Unfortunately, living in a dorm, my setup is relegated to a snare pad, a practice kick (with a fancy double pedal), and a plastic hi-hat that I’ve dampened with some socks. It’s not pretty and it sounds awful, but it’s an absolute blast to play and a great way to work on coordination. Plus, if you turn up the music you don’t have to hear how many notes you miss! 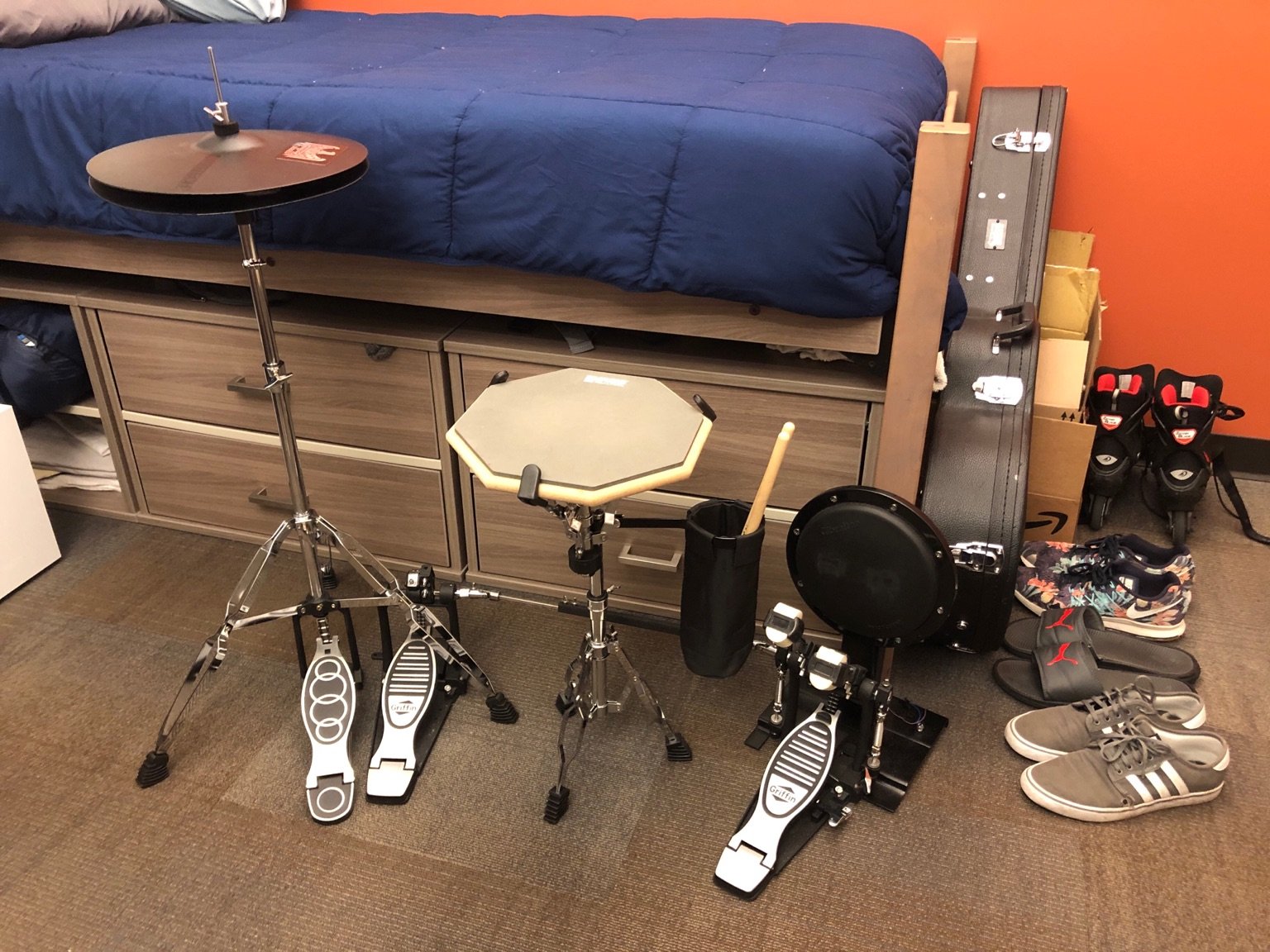 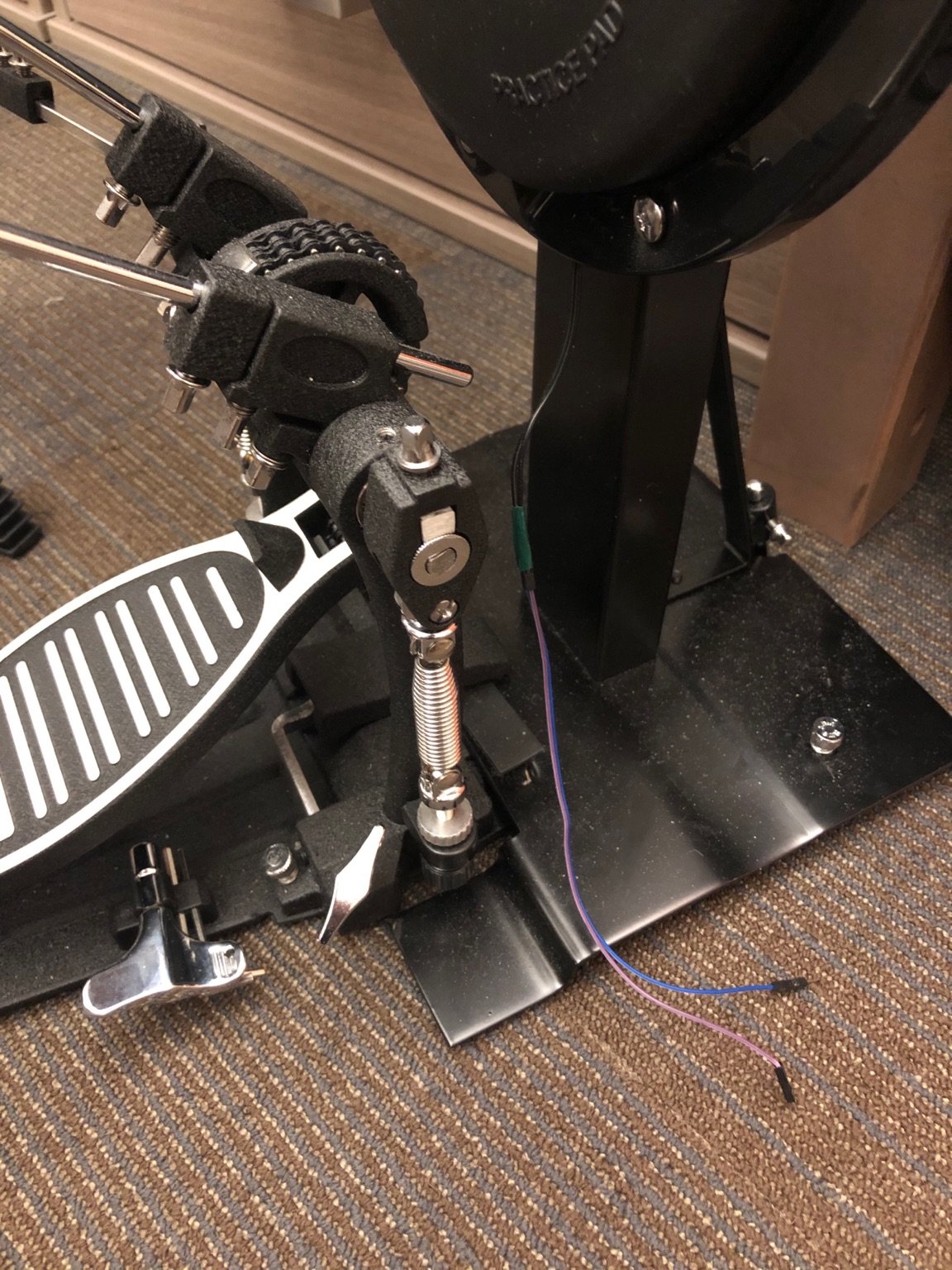 Speaking of which, I actually spent a bit of time trying to rig my setup to play drum sounds through my computer using an Arduino and piezoelectric sensors. You can take a look at the code I wrote for that here. Unfortunately, the project has been cast to the backburner due to severe latency issues trying to use Swift’s AudioEngine. More on that in the future when I either fix it or find an alternative.

Anyways, as of late I’ve been on a pretty strong metal kick, so most of what I’ve been playing is probably from my power metal playlist rather than on my main drum playlist. And, while there are some limitations on what I can practice with my minimal setup, it turns out that USC offers a 2-unit pop drumming elective that I’ve signed up for next semester. The best part is that it offers 24/7 access to practice rooms, so I guess you’ll know where to find me off-schedule.

Of course, what would I be without at least briefly mentioning lifting? Since learning Olympic weightlifting over the summer through my dad, I’ve continued to work on form and technique. On the odd weekend I’ll make the trek down to the big gym and lift there, though mostly I’m on maintenance mode to make way for my original body-building-oriented schedule.

Outside of that, a couple of friends and I are also thinking about doing the Spartan Race next year. I’m not entirely sure how to train for that besides running and doing calisthenics, but it seems super exciting.

To wrap it all up, standard training is going well, though I’ve been slacking a little bit recently due to being sick on and off. Fortunately, my pre-workout mix seems to induce some sort of primal frenzy, so once I crush that I usually can’t even feel my face :).

Finally, to top off what has already been a really great semester, a couple weekends ago we all headed out to Lake Arrowhead for a weekend vacation. The cabin we managed to snag was absolutely awesome, and we spent our couple of days hiking, cliff jumping, and hot springing. Needless to say, we’ll be going back at some point. 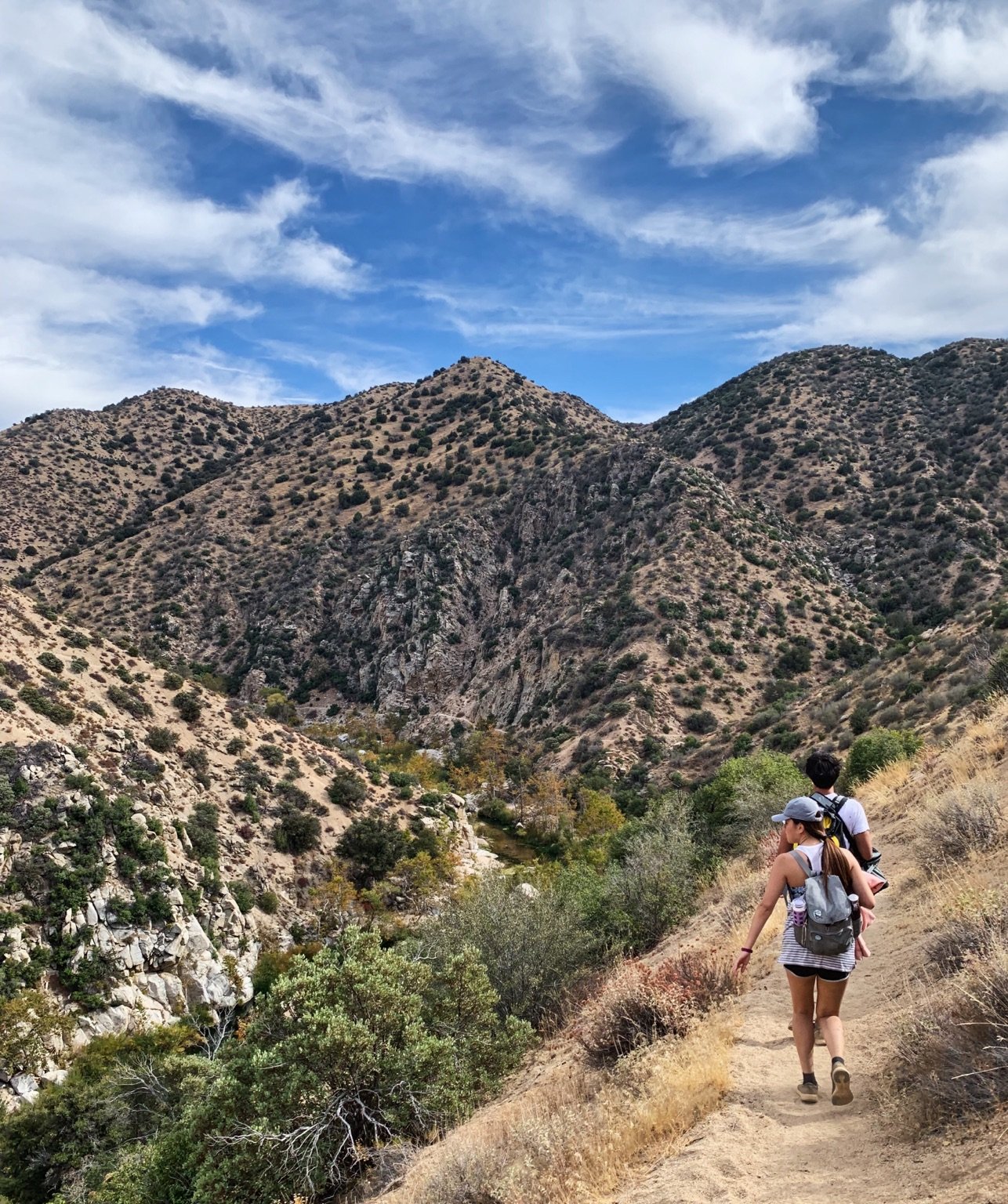 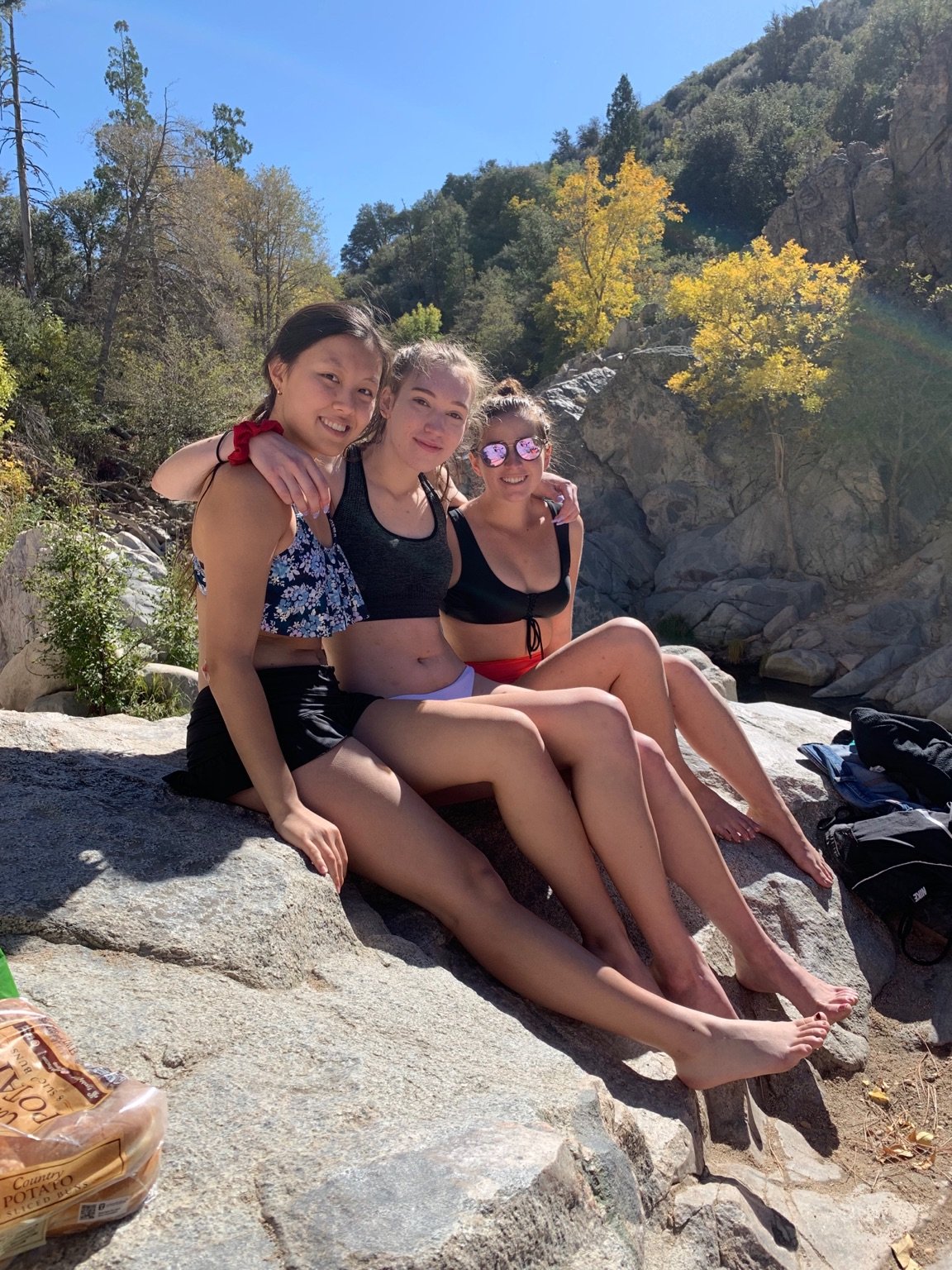 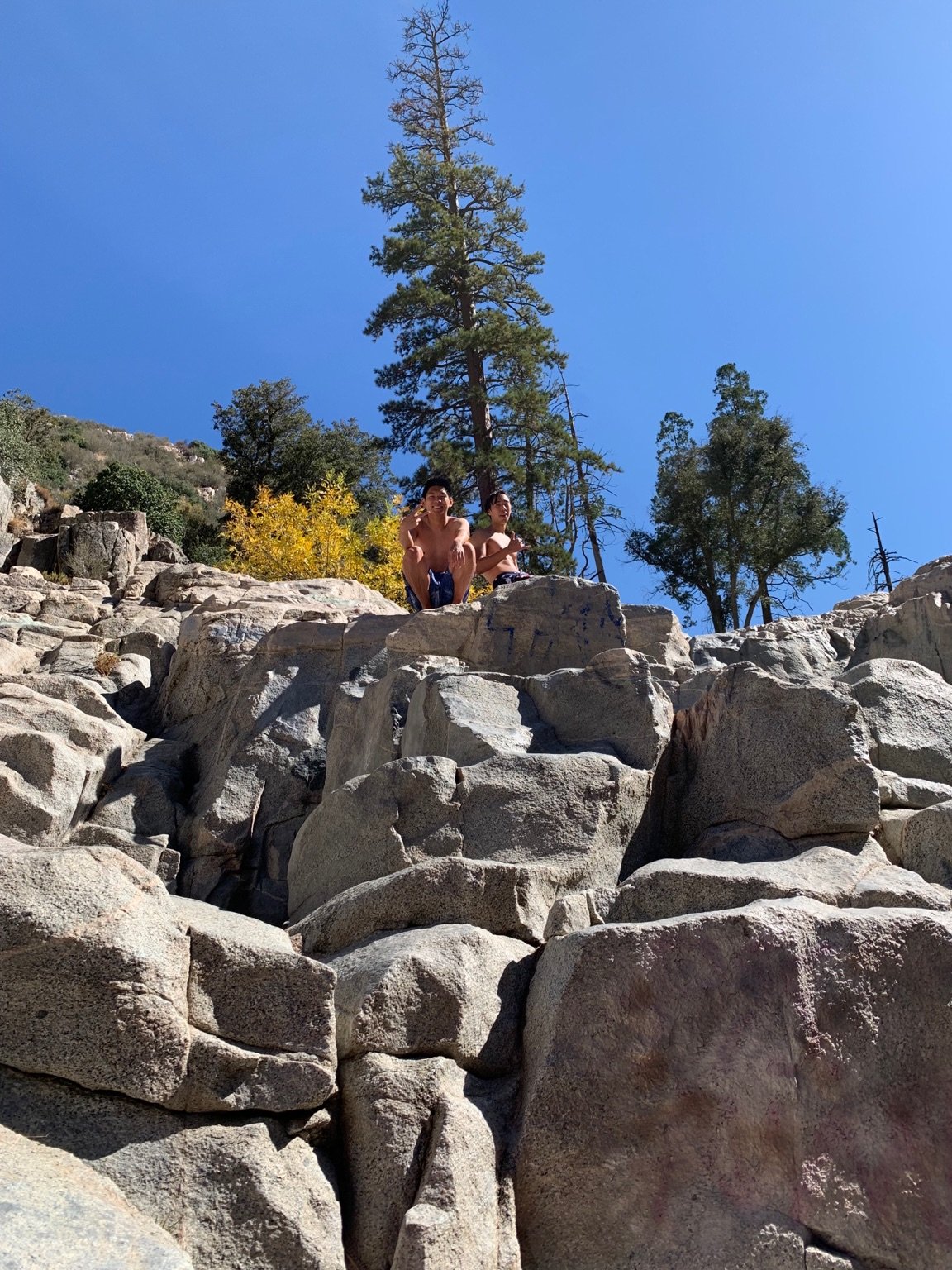 Thanks for driving, Polly!