It’s been one hell of a first semester, and there have been a bunch of things I’ve been meaning to do since the last few weeks that have been relegated to the back burners. First and foremost, I want to update my website. You know - put up a couple albums, edit the resume, the usual. But more importantly, I figured I should also anyone interested enough to keep up with these posts up to speed on what I’ve been up to.

So far I’ve really enjoyed college. The USC campus is fantastic, the food is generally pretty enjoyable in at least one of the three dining halls, and the gym, Trader Joe’s, Target, and Amazon Locker are right next to my dorm. In other words, if I could live here for the rest of my life, I probably would. I would be lying if I said classes have been interesting thus far, but at the very least, skating and rollerblading between them has been consistently fun. In fact, bringing my rollerblades up after Thanksgiving break was probably one of the better decisions I’ve made thus far.

One of the more exciting happenings of the first semester was that I joined the Clone Hero development team. I’ve always been a fan of Guitar Hero and Rock Band, and getting to actually work on the next version of the community’s homebrew has been super exciting. I can’t talk too much about it, but stay tuned for updates in the coming months.

Goings On At Home

The biggest thing I’ve missed out on being away from home, besides the various things my brother gets up to in the realms of rock climbing, composition, and gaming, has been Newton. Newton was a kitten when we adopted him, though he’s steadily grown to become a full-sized nuisance in the time since. He is nonetheless adorable, and I’ll attach a picture for your sake, dear reader. 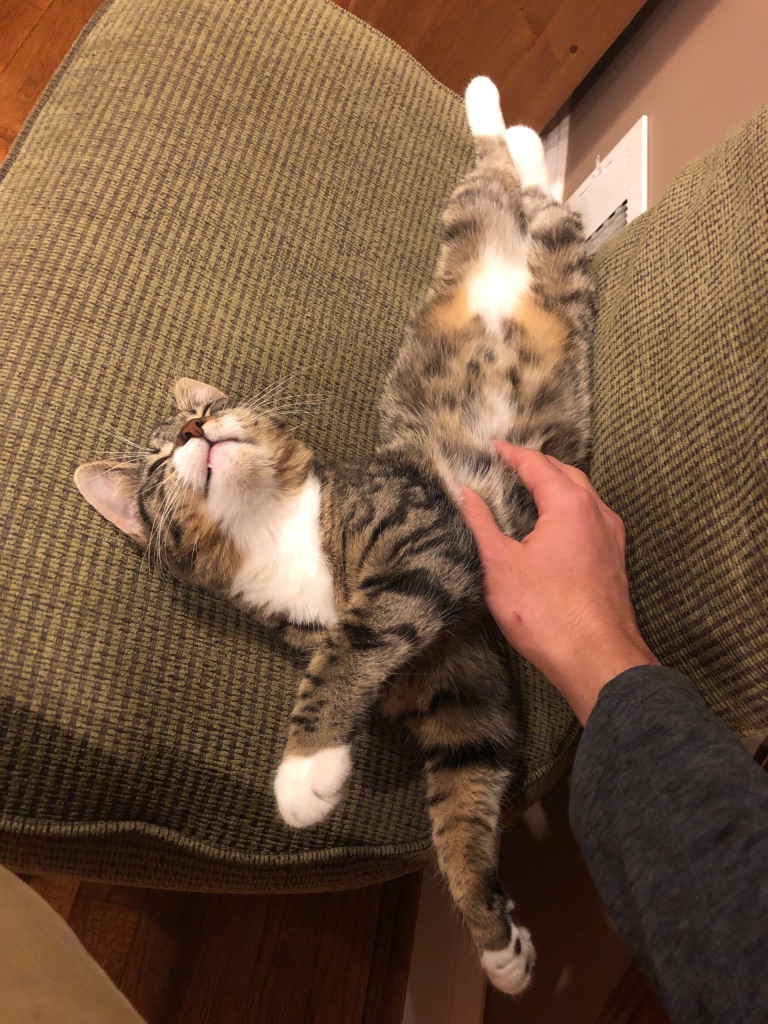 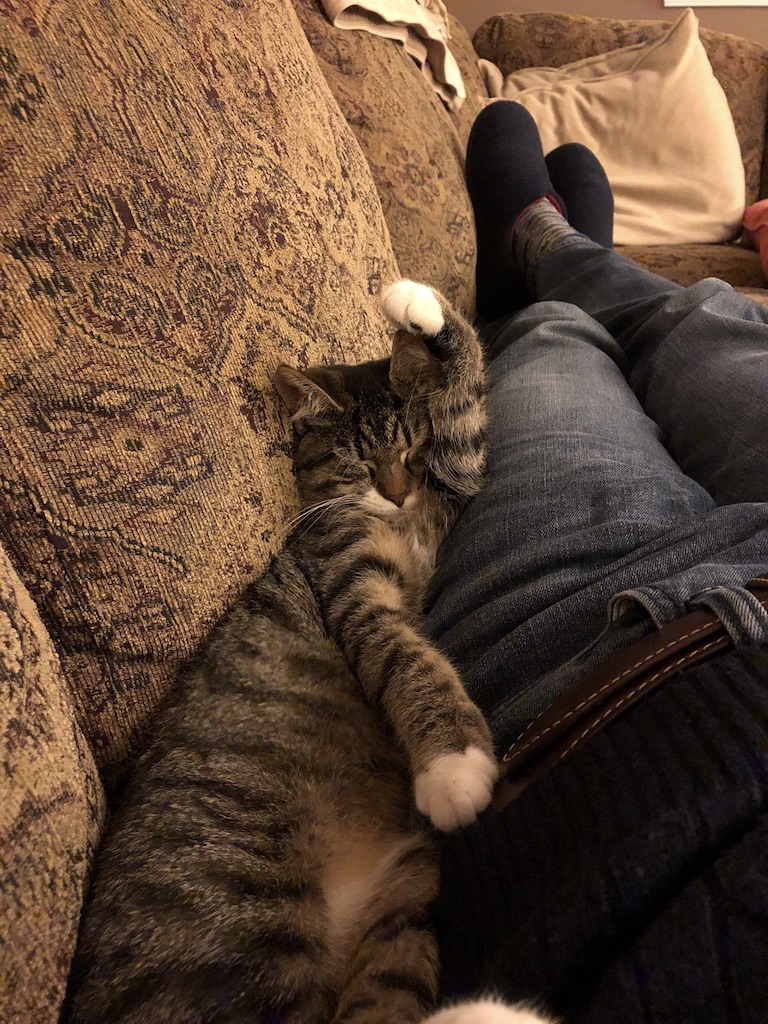 Over Thanksgiving and Winter break I managed to be both the least and most productive. In the first few days of the former, I ran the Turkey Chase in Maryland, a 10k race. It was below freezing and routed through many more hills than even exist in all of central Los Angeles, but I managed to eek out a 1:00:00 time. However, I then proceeded to eat a week’s worth of food in 3 hours and pass out for another 12.

Over the breaks I also got a chance to catch up with high school friends, the majority of whom are working much harder than I at their respective universities. Unfortunately, my uncle recently passed away, so the trip up to visit relatives was somewhat somber. However, currently everyone else seems to be doing alright, which is good news. After that I got another chance to go out to Colorado with my girlfriend, Karina, and that was a blast. The skiing was fantastic, and although I ended up seriously bruising my ankle taking one of the olympic terrain park ramps, I had an amazing time.

Where We Are Now

At the moment, I’m back in Southern California for round two. I’m still working on getting off these crutches, but I’m back in the gym, trying to start rollerblading again, and more or less returning to the status quo. My prospects for interesting coursework are marginally better, but most importantly, I’m still just as stoked for what’s ahead. Wish me luck!